Platform industry - a threat to the European labour market?

The European Commission recently presented a proposal on new rules to improve working conditions of the 28 million platform workers in the EU. Is the platform economy a threat to the European labour market? Join the discussion with MEPs Nikolaj Villumsen (DK) and Leila Chaibi (FR).

Delivery services, taxi rides and cleaning. Many services today are provided through large digital platforms, and they are rapidly growing. According to the European Commission at least 28 million people in the EU work through platforms, which the Commission expects to increase to 43 million by 2030.

The platform industry has often been accused of giving platform workers bad working conditions, but according to a new proposal in Brussels, it seems change is in the air.

A new proposal on platform economy from the Commission focuses on improving working conditions for people hired through digital platforms and will force European companies to recognize millions of platform workers as regular employees. The new proposal will also give platform workers access to the labour rights and social benefits they are entitled to.

Under the current rules, Wolt couriers, Nemlig.com drivers and other platform workers are considered self-employed, but with these news proposals, they may look forward to being recognized as employees with the right to holiday pay and pay during illness.Is the platform economy a threat to the European labour market – and how? Is the Commission’s proposal enough to secure platform workers’ rights or do we need more EU legislation on atypical employment? MEPs Nikolaj Villumsen and Leïla Chaibi are ready to debate the issue.

Have your say, join the debate with: 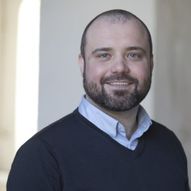 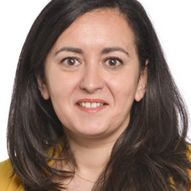 Member of the European Parliament for the French party La France insoumise. She is also a member of the Left group (GUE-NGL) and member of the Committee on Employment and Social Affairs.