torstaina 11. maaliskuuta 2021 18.00 19.00
Add to Calendar
iCal/Outlook Google
Paikalla
Belgia
This week, the European Parliament is set to vote to make the European Union an "LGBTQI+ freedom zone".
This comes two years after the first Polish county declared itself "free of LGBTQI+ ideology" and only a few days after a gay man was killed in Belgium after having been lured in a park by someone he had met through a dating app for gay men. 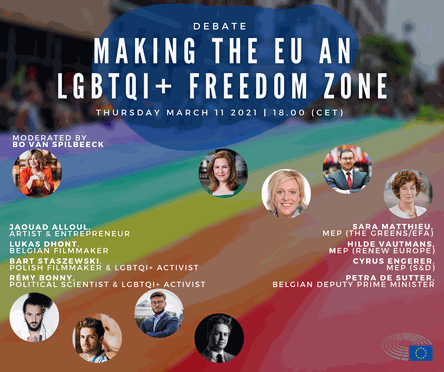