The European Parliament Liaison Office in the Netherlands and Studium Generale Maastricht are delighted to invite you to the debate café on biodiversity as European policy. Together with MEP Anja Hazekamp, amongst others, we will discuss various important questions related to the EU’s biodiversity strategy. Rick van der Kleij will moderate the event.

As humans, we believe we are separate from nature at times, although we are part of an ecosystem that includes animals, plants, insects and bacteria. Biodiversity is the backbone of life as it is necessary for humans both for environmental and climate protection purposes, as well as to sustain our economy. However, biodiversity is declining at an alarming rate, with species disappearing on a daily basis all across the planet. Climate change is accelerating this process. The EU biodiversity strategy for 2030 is a key point in the European Green Deal, but is it enough to put biodiversity on a path to recovery? The European Parliament has sounded the alarm, calling for a ‘Paris Agreement’ and a European Biodiversity Law, in order to restore our ecosystems.

During the debate café, the below listed panel of experts will discuss these issues, touching upon some key questions. What impact does the loss of biodiversity have on our environment? Is the EU’s present biodiversity strategy sufficiently ambitious? Is it true that commercial concerns frequently take precedence over biodiversity?

Anja Hazenkamp studied biology at Groningen University. In her early career, she worked for various animal welfare organizations. Over a decade ago, she became politically active for the Partij van de Dieren. In 2007, she was elected to the Provincial Council in Groningen and, in 2012, she briefly replaced a member of the party in the Second Chamber. In 2014, she was elected to the European Parliament where she is currently vice-chair of the Committee on the Environment, Public Health and Food Safety,a member of the Committee on Fisheries and a substitute to the Committee on Agriculture and Rural Development. Anja Hazenkamp is a passionate advocate of animal welfare within and outside the European Parliament.. 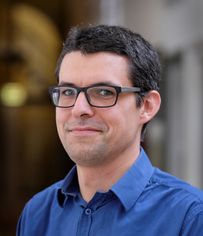 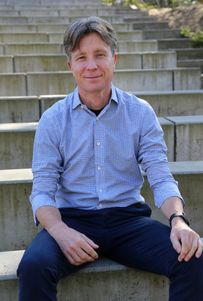 Pim Martens has a PhD in applied mathematics ànd biological sciences. He is professor of Sustainable Development and dean of Maastricht University College, Campus Venlo. Prof. Martens is project-leader and principal investigator of several projects related to sustainability science and education, in the context of human-animal-nature relationships, and environmental (climate) change and health. He is passionate to bring about the needed sustainable change in our relationship with nature and the animals we live with.

Louise Vet is former-director of NIOO-KNAW (1999-2019) and emeritus professor in Evolutionary Ecology at Wageningen University. She is a biologist with a broad interest in ecology and evolution of multitrophic interactions. Her research involves chemical, behavioral and molecular ecology of plants and insects in a community context, delivering basic knowledge for the strategic development of sustainable agro-ecosystems that are primarily based on the prevention of pests and diseases (life-support function of biodiversity). She is an elected member of the Royal Netherlands Academy of Arts and Sciences.

How do you take part?

Please register via this link if you wish to attend the debate physically. You can also follow the debate online through a livestream. You can access the livestream here.

The debate will be held in English.